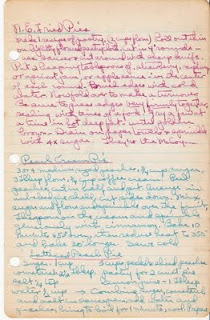 Happy Father's Day!
The father of five children had won a toy at a raffle. He called his kids together to ask which one should have the present.
"Who is the most obedient?" he asked. "Who never talks back to mother? Who does everything she says?"
Five small voices answered in unison. "Okay, dad, you get the toy."


3 or 4 medium sized peaches
3/4 cup of sugar
3 tbsp of flour
3/4 cup of heavy cream
Unbaked pie shell
cinnamon
Peel peaches and cut in half and pit.
Arrange in unbaked pie shell, cut sides down.
mix sugar and flour and sprinkle over the fruit, then pour on the cream and sprinkle generously with cinnamon.
Bake 10 minutes at 450 degrees, then reduce oven to 350 degrees and bake 30 minutes longer.
Serve cold.

My father used to play with my brother and me in the yard. Mother would come out and say, "You're tearing up the grass." "We're not raising grass," Dad would reply. "We're raising boys." - Harmon Killebrew

Posted by notyourmomma at 9:25 AM 2 comments:

Another Father's Day rolls around and my dad has been gone for three years...although his heart disease robbed him from me far earlier and more cruelly.  Senile dementia, a cold clinical term for a cruel disease.

"It doesn't matter who my father was; it matters who I remember he was." - Anne Sexton

Most of my life, I felt cherished and adored by my Daddy.  It was always a favorite story to hear my mom tell of my adoption into their lives.  They tried and tried for a baby and it just didn't happen.  Then some of Dad's cronies, a lawyer and a pediatrician, got together and guess what, I found a new home.  Funny birth certificate, you can see where they crossed out the birth mother's name and typed my mom's name over the her name.  I don't have the original, just a microfiche xerox copy.  Things were done differently in 1957.  I was "supposed to be a boy" and I wasn't due until December.  Mom and Dad went out and bought a lot of clothes and fixed up the nursery early.   Good thing, because I arrived in October and turned out to be a girl.  I spent 6 weeks in Mound Park hospital.  I came home wearing a sailor suit that Dad had purchased for his "son."  My mom would tell me the story of him cradling me in his arms in that white suit and the horror on his face when he realized his little girl had soiled his arms.

Daddy had a fascinating life and he would tell me wonderful stories of his young life in St. Petersburg.  His family moved here from Maine very early in his life.  He would graduate from St. Petersburg High School and he always considered St. Pete to be his home.   His mom lived out on John's Pass on the beaches and I still have his letters written to her as a private in the army.   Amazing to think her name and John's Pass Florida was a sufficient enough address for his letters to get to her.  She kept them all.  I have read them and it is a fascinating look at his life through his words.  His words were redacted by censors in some of them, particularly the ones written in his POW months.   I can hear his longing for home and creature comforts, candy and cigarettes, first and foremost.  He was so young and so rebellious. Candy for the boy he longed to be and cigarettes for the man he was becoming before his time.  I have no doubt he became a haunted man in those years away.  He came home gravely ill.  His mom nursed him back to health.  His experiences in POW camp were a constant shadow of pain underneath his jovial flamboyant exterior.  Daddy dressed and lived the life of a bon vivant, hiding his self doubts behind the trappings of a wealthy man.  I often thought of him as a combination of Frank Sinatra, Jackie Gleason and Dean Martin.  He was a sharp dressed man long before and long after it was the style. 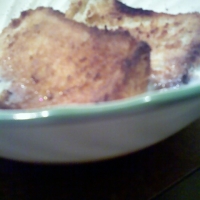 We moved a lot when I was young and I can scarcely recall our various homes.  I do have vivid memories of one home on Treasure Island and the other house on the Gulf (his mom's?).  The long stretch of seawall, the pebble backyard and the screened porch with the redwood picnic table.  The shiny slippery terazzo floors and the teal colored kidney shaped bar in the living room.  I can remember sitting on his lap and sharing a bowl of his famous "hangover" cure, watching the waves of the salt water lap against the boat.  Of course, I never knew what ailment Daddy would be suffering from, I was just happy to be sitting on his lap, sharing a spoonful of buttery warm milk toast.  My older sister tells the tale of that summer and how I learned to swim before I could walk.  Out on the boat, Daddy climbed overboard with me cradled in his arms and I started to kick and swim and he let me go in the Gulf.  Mom was ready to kill him for that stunt.  Sherry, my older sister, also remembers all too well the day she was supposed to be watching me and I got hurt. Poor dear, paid for it later with a beating from dad, I'm afraid and it wasn't her fault, but mine.  I was not much more than three and a neighbor boy was jumping from the seawall into the water and then swimming to the dock and he would do it over again.  I decided I should do the same, afterall, I was a swimmer now.   Bad idea.  I fell backwards when I jumped and slammed my head on the concrete wall.   Sherry put me in her bicycle basket and rode her bike home crying and hollering like a wild woman.  I can still remember Daddy again cradling me in his arms and bursting into the ER with those hideous mint green walls.  I can see his face tight with worry and his words of comfort.   Daddy, I love you and I'm wishing you a Happy Father's day.  Thank you for all the love through all those years.  Thank you for the gift of memories shared.  Love you, always. 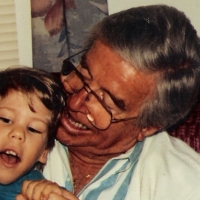 
Toast the bread medium dark.
Butter very well.
Tear into chunks.
Sprinkle with lots of black pepper and enough salt to make you happy.
Pour over hot milk.  Soak a minute or two.
Grab a big old soup spoon and eat.
You want to see little dots of butter floating in the milk, then you know you have it just right.
“Good bread is the most fundamentally satisfying of all foods; and good bread with fresh butter, the greatest of feasts.”
James Beard (1903-1985) 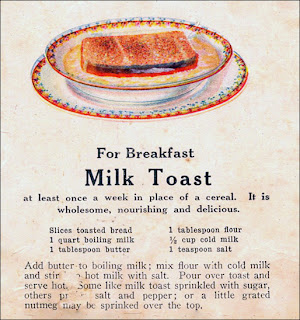 Posted by notyourmomma at 6:28 PM No comments:

Let's just say that I've accused my hubby of being Fred Sanford in disguise, because he has never met a piece of furniture that he didn't like or collect. I'm up to my ears in extra chairs and end tables and jars of rusted nuts and bolts.....just because you never know when you might need one. My garage is an excavation dump and it will take someone far stronger than me to get the hubby to part with his treasures. Nothing is ever broken and worthy of being discarded, it is all treasure in disguise. So, just call me the redneck's wife!  A little Southern Humor to give everyone a chuckle! 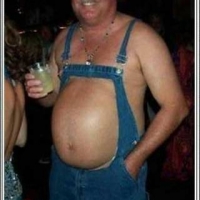 You might be a red neck if:
You take your dog for a walk and you both use the same tree.
You can entertain yourself for more than 15 minutes with a fly swatter
Your boat has not left the driveway in 15 years.
You burn your yard rather than mow it
You think 'The Nutcracker' is a vice on the work bench
The Salvation Army declines your furniture
You offer someone the shirt off your back and they don't want it.
You have the local taxidermist on speed dial.
You come back from the dump with more than you took.
You keep a can of Raid on the kitchen table.
Your wife can climb a tree faster than your cat.
Your grandmother has 'ammo' on her Christmas list.
You keep flea and tick soap in the shower.
You've been involved in a custody fight over a hunting dog.
You go to the stock car races and don't need a program.
You know how many bales of hay your car will hold.
You have a rag for a gas cap.
Your house doesn't have curtains, but your truck does.
You wonder how service stations keep their restroom's so clean ?
You can spit without opening your mouth.
You consider your license plate personalized because your father made it
Your lifetime goal is to own a fireworks stand.
You have a complete set of salad bowls and they all say 'Cool Whip' on the side.
The biggest city you've ever been to is WalMart.
Your working TV sits on top of your nonworking TV.
You've used your ironing board as a buffet table.
You've used a toilet brush to scratch your back.
You missed your 5th grade graduation because you were on jury duty.
You think fast food is hitting a deer at 65. 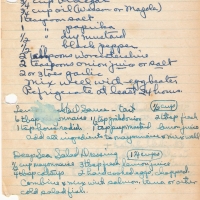 Out of the"book" Grandma Roberts left us. I remember this dressing fondly, and the salad she would put it on...cubed cooked potatoes, peas, cubed carrots, minced onion and this dressing. Very cold on a bed of lettuce with hard cooked eggs and wedges of tomatoes around the mound of potato/veg/dressing mix.

Mix well with egg beater.
Refrigerate at least 24 hours.
Posted by notyourmomma at 11:49 AM 2 comments: